Our trampoline is easily the coolest thing we own, so naturally we spend a ton of time jumping on it, relaxing on it, and playing all sorts of games that include it. But, I'm always looking for ways to make it even more awesome, and I think I found the ultimate trampoline DIY. It's quick, it's easy, and it's really inexpensive to do. 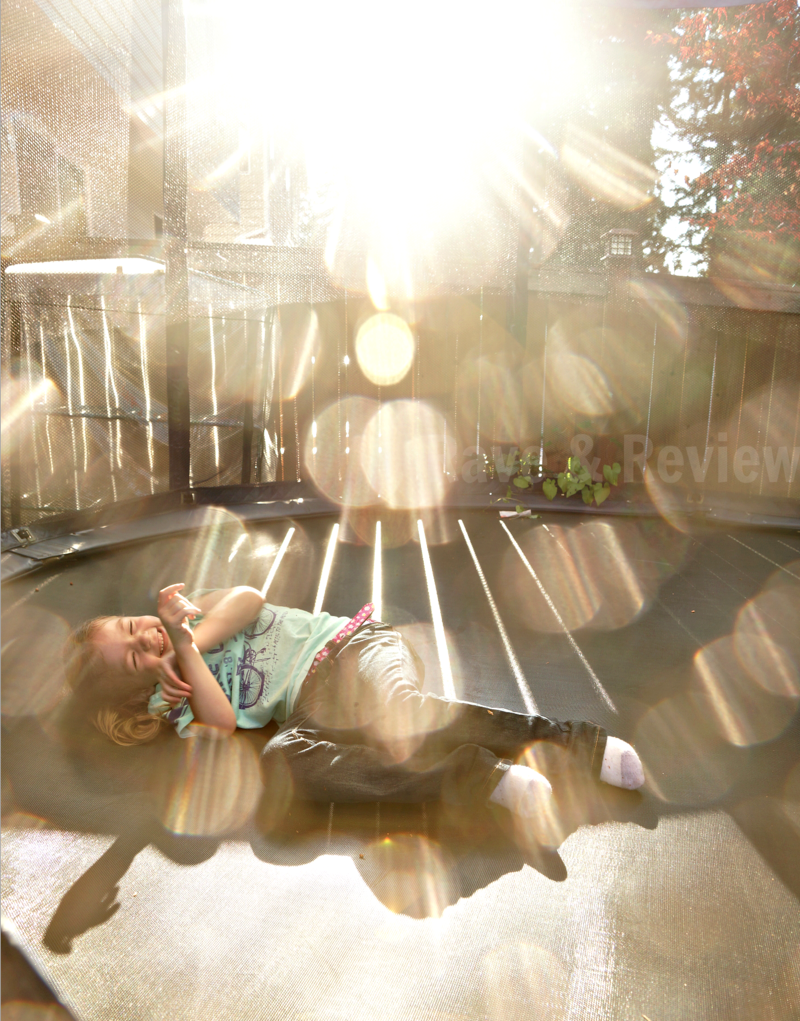 Just look at that smile. That's the look of a child in their own bouncy playhouse.

Want to make your own? You're in luck, because this is quite possibly the easiest DIY, ever. I came up with the idea for a trampoline playhouse after a session at the Gymboree Play and Music class when they pulled out the Gymboree play parachute. I remember eyeballing the surface area of the parachute thinking it was just about the right size for our 12 foot trampoline and then trying my hardest to remember how many poles supported the safety enclosure on top.

After some debating I was fairly certain that the Gymboree play parachute was not only the correct size for our trampoline, but that it also had the same number of handles as our trampoline had poles. And, I was correct: 8 poles and 8 handles.

It was meant to be.

Once I got it home and laid the parachute out on the trampoline, we realized it was absolutely perfect sized for slipping the nylon handles right over the JumpSport Elite trampoline safety enclosure supports. But, not wanting to ruin either the trampoline enclosure or the play parachute, we needed a solution that wasn't so rigid and would allow for some flex.

My solution? Elastic bands. I had a spool of thick elastic band and simply cut it into 8 pieces, tied them through the handles, and slipped them over the trampoline enclosure supports. Easy, peasy. 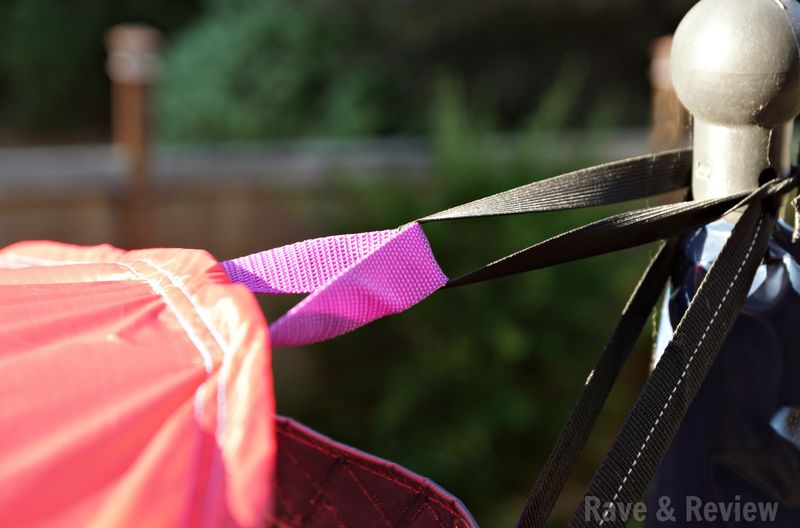 The result is a bouncy roof that has quite a bit of give to it so that even adults can bounce with it attached, which makes it fun for all sorts of games. It wouldn't offer much in the way of shelter from pounding rain, but it's a nice quasi-umbrella should it start sprinkling while we are jumping, and it's especially nice for blocking the sun from shining on us when we're jumping or relaxing on the trampoline. We don't leave the parachute on year-round, and instead choose to pull it out every few days or so in the spring, summer, and fall. It's so easy to put up and take down that I don't mind taking the time to bring it inside multiple times throughout the week, and the kids get excited every single time I pull it out. You can't beat a DIY project that takes mere minutes and makes something you already have seem like new again.

Want more trampoline ideas and activities? Check out our 50+ insanely fun things to do on a trampoline post below: 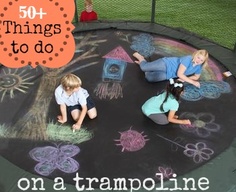 32 thoughts on “Add a roof to your trampoline in minutes with a play parachute {easiest DIY ever!}”