I attended a virtual event with Comcast Washington where I learned about all the ways the xFi app lets you monitor and manage screen time. Although this post is sponsored, I’m so excited to share with you some tips for managing screen time with Comcast. 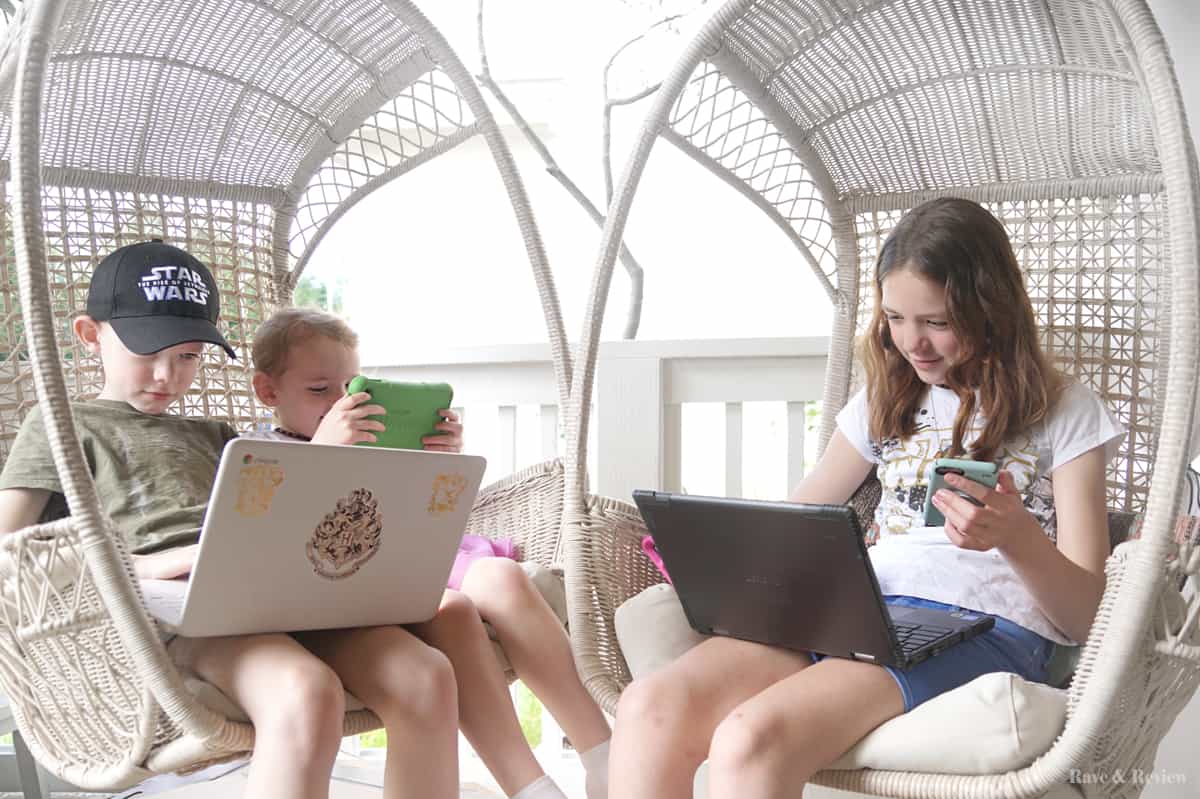 If you know me well, you know that we’re screen-free around here… Or, at least we were. Now? It’s mandatory zooms a few times a day, online assignments, instructional videos and virtual academies, as well as dozens of apps required in order for my kiddos to move up to the next grade. Even their free time is dominated by screens since they now are supposed to read on an app as well. Sigh.

The problem is that our definition of screen time has changed in the past few months. Before, screen time was about entertainment only. It was playing a new video game, texting with friends, binging a TV series, or it was playing on social media. Now, it’s about homework, not falling behind in harder subjects, and about mandatory check ins with teachers. Oh, and there’s a little entertainment as well sprinkled alongside all these new required screen activities.

The changing nature of screen time has challenges

As you can imagine, the kids and I both been struggling with this new norm of mandatory screen time. Going from zero screens to an entire day of tech has been a huge transition for us, so I was thrilled to be invited to a virtual meetup with Comcast this week specifically about managing screen time. During the meeting we were introduced to various Comcast employees to talk screen time management as well as a parent roundtable where we could share our specific concerns. It was really great to hear parents in the same boat I am in, as well as parents that have slightly older children as well to hear how screen time challenges change as the kids get older.

It turns out Comcast can solve all of my concerns and more right from the xFi app. In the app you can create profiles of all of your family members and assign them devices {you can always unassign devices from here if you play roving-device in your house like we do}. I love that you can even add grandparents or guests that visit your home so you can allow access to internet to visitors as well.

From the app you can manage screen time by person, by device, or you can pause the internet from everyone so you can have uninterrupted family time together. You can also pause access on a specific schedule {i.e. during standard dinner time from 5:30-7:30 every evening} or you can pause it on the fly when you can see a kid struggling with too much screen time. My favorite use is to pause certain devices Monday-Friday during school times for kids so they can do their work without being distracted by tablets and phones.

I love the pause feature that can allow me to turn on and off access to wi-fi. But, even more than that, I love that Comcast has helped me reinforce that technology isn’t a given, it’s earned. Being able to turn off devices doesn’t do much on its own, but conversation around the pros and cons of technology are where the real connections take place. Using the xFi app lets me set good, solid rules for screens as we ease into allowing tech devices, and it allows conversations to take place about responsible screen time as a family.

In a family meeting we agreed that family dinners would be screen free {exceptions are made when us parents are working on a project and need to be available for emergencies}, and so would most family activities on the weekends. We’ve always called weekends “family fun days”, and it’s hard to have fun as a family if someone is always on their phone. Since the kids don’t have cell phones themselves, this rule is pretty easy to enforce, but it does mean that we have to be mindful of the example we are showing the kids ourselves.

Talking about screen time and usage with kids

From the xFi app, you can also see each profile’s screen time for that day. You can see what devices were active and how long they were on, and you can modify access based on that report. And, you can do this whether you are at home with the kids or not. Say the kid in question was playing on their tablet when they should have been doing school work on their laptop. My first line of action would be to see what they were doing on the tablet. While it’s entirely possible they were researching on one device to assist in school work, I can deduce they weren’t doing a lot of researching on Pinterest, right? So, I’d pause their tablet so they wouldn’t have any distractions when they should be completing projects.

Then, I might create a re-occurring schedule where their tablets were turned off during our heaviest school hours. When school time was done, the tablet would connect again and they could use it for entertainment.

But, say they did need the tablet for a special project they were working on or for research? Just a click of a button and the tablet schedule could be changed. The kid could have access again in a matter of minutes and be able to finish their assignments on time.

Or, pretend for a minute that I’m sick of listening to the Chicken Noodle Soup song that my youngest adores. I can just pause that until my headache subsides and tell her Alexa just isn’t working right now. Utter brilliance. With everyone working and schooling at home, the need for enhanced security is huge. Comcast also has a solution for that with xFi Advanced Security. Protection is automatically extended to any device that is connected to the home WiFi network: phones, laptops, game consoles, cameras, smart home devices and more. xFi Advanced Security uses AI and machine learning to monitor and analyze WiFi traffic and will automatically block suspicious activity in real time. There’s nothing customers need to install; once the service is turned on, devices are protected immediately.

I also love that it doesn’t just say it’s blocking threats – it actually shows you it’s working. You can go in and it will show you what threats it blocked and to what device. This way you can see if there’s a persistent attack on one of your tech devices and know that you need to keep it on extra high security. Basically, the only thing Comcast didn’t have a solution for was pausing the messes so I can finally get caught up on dishes, laundry, and housework. Maybe that’s in the next xFi update?